_On November 30, 1517 the Emperor of England, Henry-VIII, wrote two letters no. 3815-3816 to Arabia, Ethiopia, India etc, by requesting them that he (Henry-VIII) needed 200000 men from these areas for their sale in America. (ref. State Papers---Domestic and Foreign, Great Britain,1891). Of that quota, 270 Hindustani (East Indian) and African slaves reached the port of present day Boca Chica, Texas in 1519. The proof of the presence of Hindustani slaves in this regions lies in the fact that Charles-V, The Holy Roman Emperor, issued a slave trade license to the governor of Jamaica in 1518 (Ref "Atlantic Slave Trade" by Hugh Thomas). Therefore, Alonse de Pineda brought 270 slaves of Hindustan and African descent from Jamaica to present day Boca Chica, Texas.
Satguru Nanak Sahib advised the slaver owners, traders and villagers that no body has the right to enslave others. Everybody has the same red blood in his or her veins, and everyone also has the right to defend himself or herself. Alonso de Pineda subsequently released the 270 slaves in his possession in 1519 and the natives in the area rebelled against the later slave raids (Ref."The Lone Star Guide to Parks and Campground", 2009). In this manner, the 270 slaves that were supposed to be used in Texas were freed. Perhaps it was due to this event that Guru Nanak was labelled as the founder or modern concepts of anti-slavery and self-defence (Ref. PP 1425 of "The Christian Advocate," dated September 9, 1909).
The Pineda Stone, which is currently preserved at the Rio Grande Valley Museum at Harlingen, Texas (see picture below) serves as a record of this event. There were originally thought to be two languages inscribed on this tablet (Arabic and Spanish) which was carved by an employee of Alsono de Pineda in 1519 (Ref."Spanish Texas 1519-1840, by Donald Chipman). Actually, there are three languages on this tablets: Arabic, Spanish and Sanskrit. The words "Ade Goray" was up until recently thought to refer to an employee of the governor of Jamaica. This is incorrect. This phrase "Ade Goray" is of Sanskrit language, which refers to Guru Nanak, not the employee of the governor of Jamaica, as it has been claimed until now. In the sikh holy text (The Guru Granth Sahib), the words "ade goray" is a reference to the founder of the Sikh faith (Guru Nanak Dev Ji). The stone also contains the inscriptions "MH" in the top right corner. These letters refer to the phrase "Misionero Humanitario," a humanitarian mission, which was the purpose of Guru Nanak's travels.
From Boca Chica and other villages, Satguru Nanak Sahib, and his companions-Bhai Mardana Ji and Bhai Malo ji, reached San Antonio by way of McAllen, TX. One of the popular means of travel at the time was by an ostrich-attached cart (Ref PP575 "Collection of voyages and travels -- by Awnsham Churchill 1745). Such a speedy means of transportation would have allowed Guru Nanak to traverse vast distances in a relatively short time. Bhai Malo ji, who was a desciple of Guru Nanak belonged to the Pima Indian tribe which was present in the area (Ref, "Tribes of Punjab and North-West Frontier Provinces," by H.A. Rose and others, 1912). The provinces of present day New Mexico, Arizona, and Utah etc had the milk industries which were operated by Pima, Mandoza, and Tewa Indians (Ref., "History of The Cattle Industry in Southern Arizona 1540-1940," by J.J.Waganer, published by University of Arizona, Tucson, 1952).
According to my research, Satguru Nanak Sahib set sail from Scotland and reached the Yucatan peninsula (present day Mexico). From Yucatan, Satguru Nanak traveled northward along the Santa Fe trail or the Old Spanish Trail to reach Boca Chica. From Boca Chica, Satguru Nanak traveled northward to San Antonio, passing Harlingen and McAllen, TX along the way. Satguru Nanak Sahib traveled along the Old Spanish Trail from San Antonio to reach Santa Fe in present day New Mexico. It is quite possible that Satuguru Nanak Sahib could have stayed at a mechant house in San Antonio. I state this possibility because of the fact that Bhai Malo was a merchant, who would have stayed at a merchant house along the Old Spanish Trail. In fact, there was such a place that existed in San Antonio. This was known as the ancient home (Ref San Antonio Express, July 10th, 1939; also see the image of the house recorded before this area was razed, which I received from the photo archives of the UTSA culture center; also see the picture of the city block containing the building in 1870). This ancient home was known as "merchande de casa," and could be considered the convention center of the time.
Bibliography:-
(1)---The Christian Advocate, dated September 9th, 1909, published from  New York.
(2)---San Antonio Express Issue, dated July 10th, 1939, published from San Antonio, Texas,U.S.A.
(3)---History of Cattle Industary ( a Ph.D. Thesis of 1949) by Dr. J.J.Waganer, published by University of Arizona, Tucson, 1952.
(4)---The letter" Coronado to Mendoza (a Mexican Indian Chief), dated August 3, 1540.
(5)---A Map of San Antonio, of 1912,reprinted in 1951( by Courtesy of University of Texas at San Antonio.
(6)---A Rare Photo of 1870 ( by courtesy of Rare-Photo-Archives, of University of Texas Cultural Center, San Antonio (Downtown Complex).
(6)---Collection of Voyages And Travels,by Awansham Churchil,1745.
Acknowledgement:-      Special thanks to Mr. Tom Shelton. Senior Curator, Sirdar Balwinder Singh Dhillon Dr. Satnam Singh Bhondi, Sardar Manjit Singh ( Brownsville),Giani Amarjeet Singh Parwana, Bhai Chand Singh Sandhu, Ustad Joginder Singh Ji (for lap-top Service ), Sardar Harinder Singh  Sandhu, Bhai Mohan Singh and others for their timely and precious help.
Copy Right 2011, by Bhai Harpal Singh Kasur. 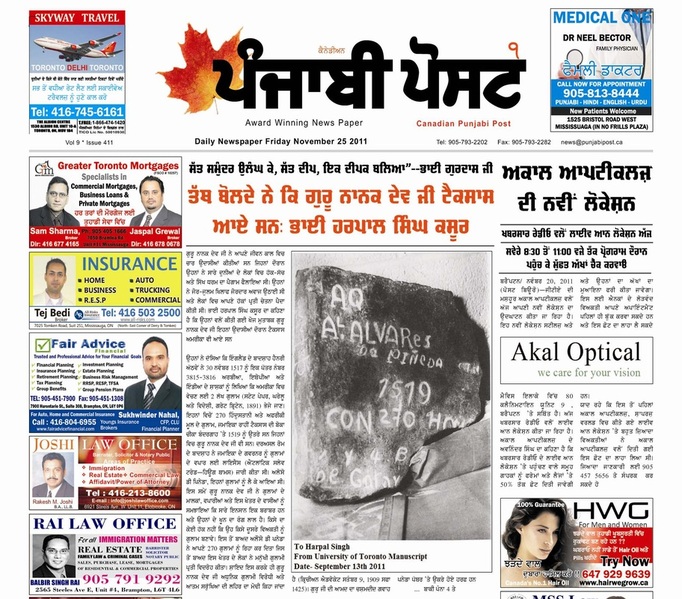 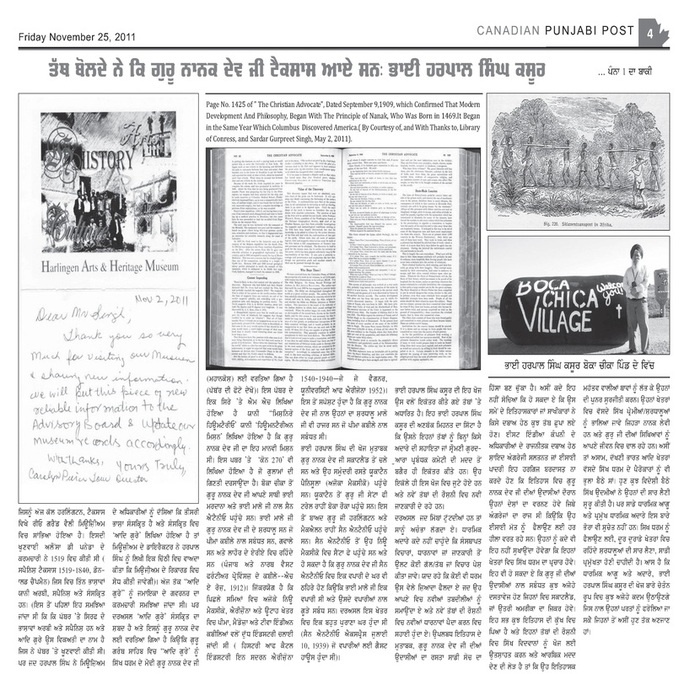 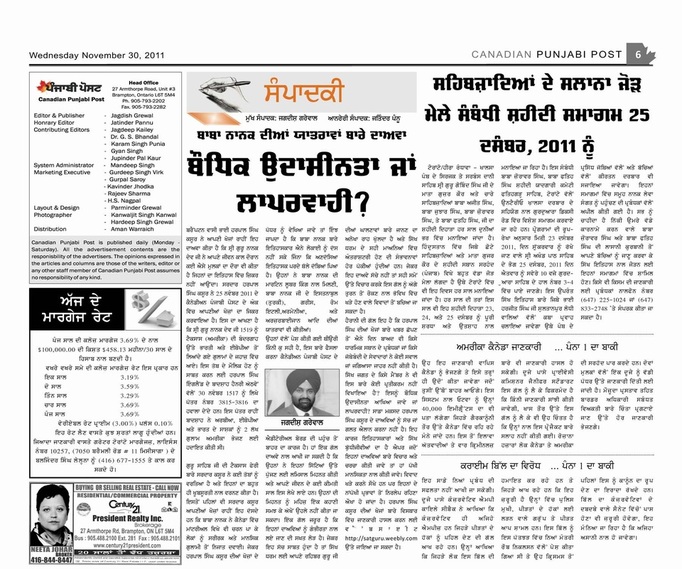 The Pineda Stone: Currenly located at the Rio Grande Valley Museum in Harlingen, Texas. This stone commemorates the release of 270 slaves of Hindustani and African descent by the trader Alonso de Pineda. "MH" in the upper right corner is an acronym for "Misionero Humanitario." 1519 refers to the year that this event took place. "con 270" is the indication of the number of slaves that were released. "y 4 B" is the indication in arabic of the presence of agriculturists and four mothers and children that were brought in bondage. The bottom of the stone contains the words "ade goray," a sanskrit phrase that refers to the founder of the sikh faith, Satguru Nanak Sahib. 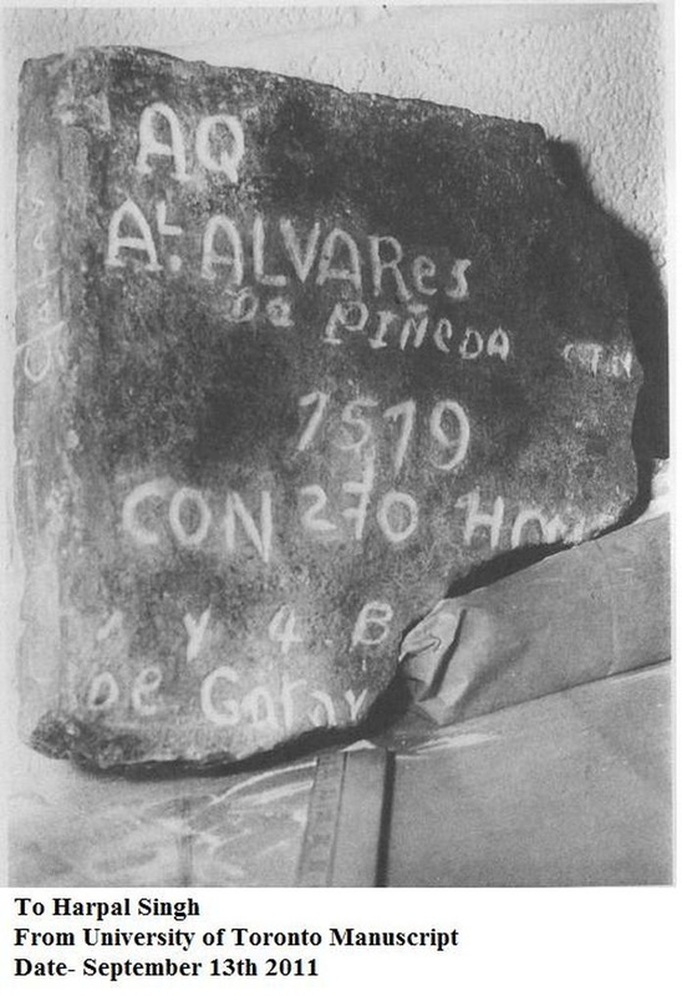 The picture of the Pineda Stone taken by me during my personal visit to the Rio Grande Valley Museum in Harlingen, Texas on November 2, 2011. 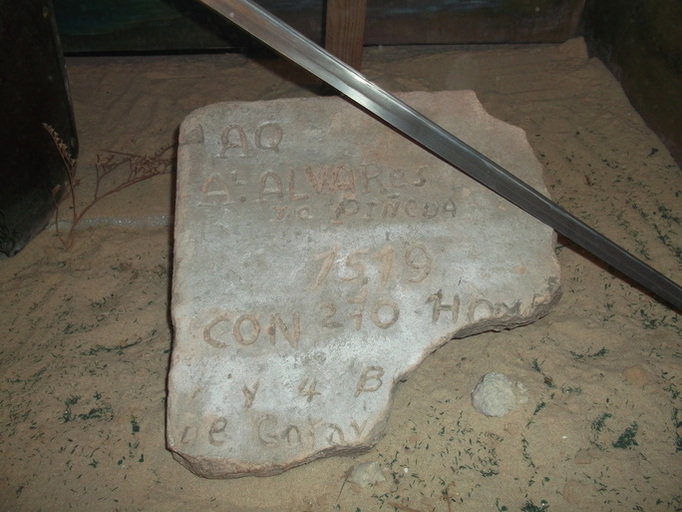 The letter signed by the director to me, indicating his intent to pass on my explanation of the meaning of "MH" which was not yet understood by the museum director until my visit. She promised pass on this "reliable information" to the museum's advisory board for the necessary change (by courtesy of my photo-album of Texas, U.S.A.). 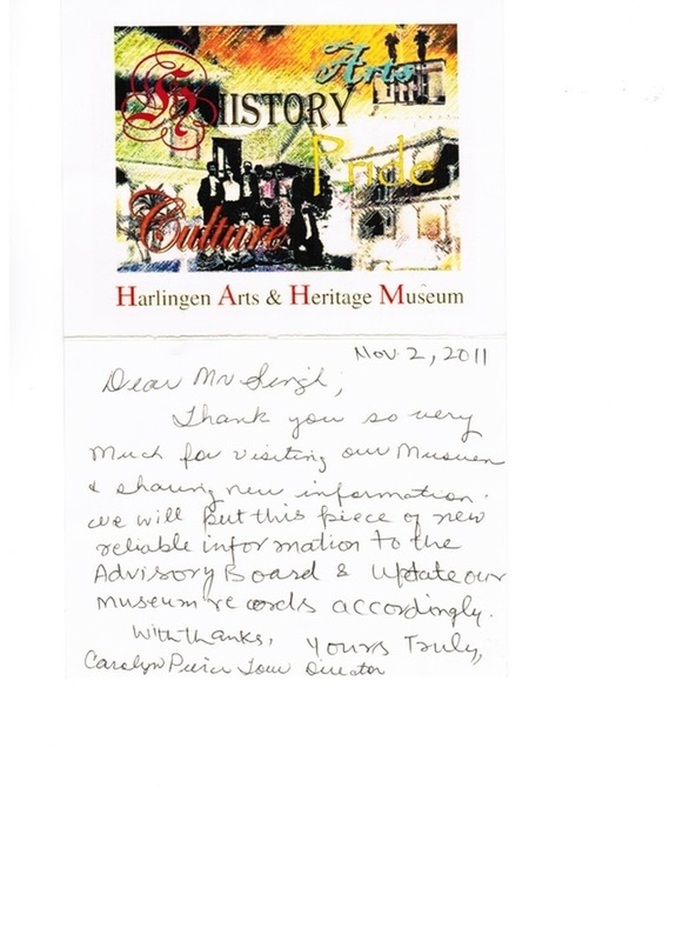 The Page No. 1425, dated September 9th, 1909, of "The Christian Advocate", which states that the modern development of Anti-Slavery or Self-Defense began with the principles of Guru Nanak, who was born in 1469. 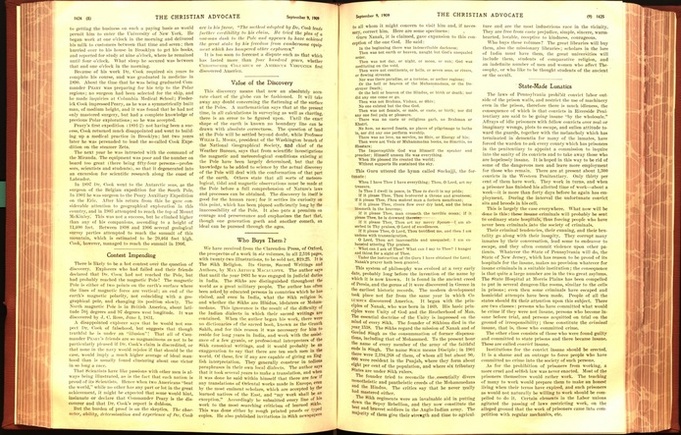 The village of Boca Chica, Texas,U.S.A., where self-Defense or Anti-Slavery Started ( by courtesy of my photo-album of Texas,U.S.A.). 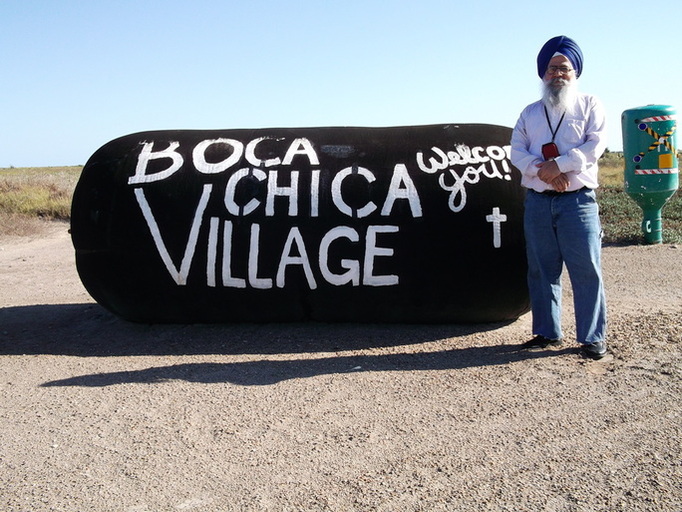 The Gulf of Mexico, Where Rio Grande Meets the Mexican Sea.On This Joint, The villagers of Boca Chica started Self-Defense. 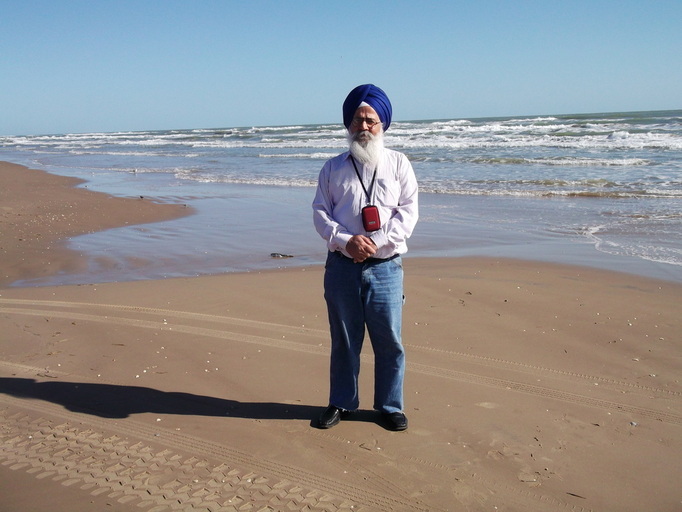 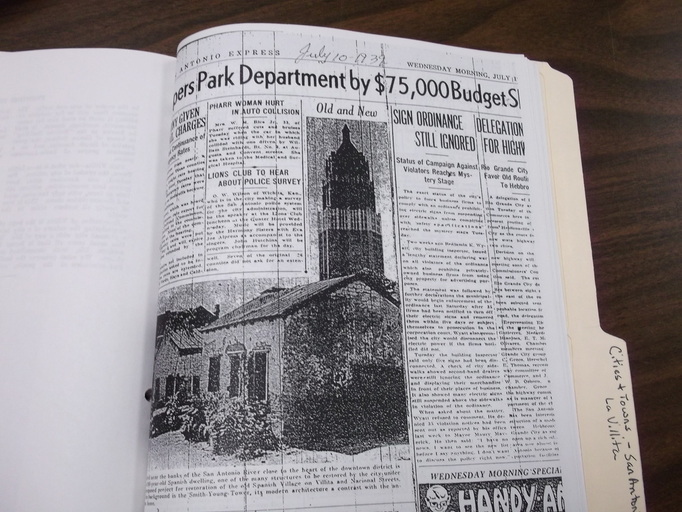 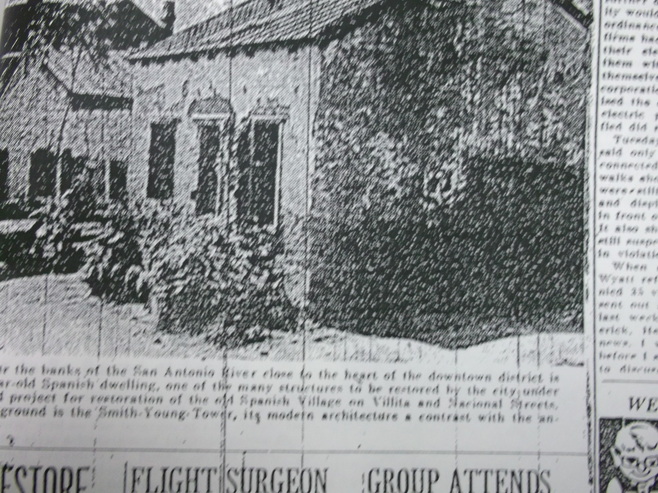 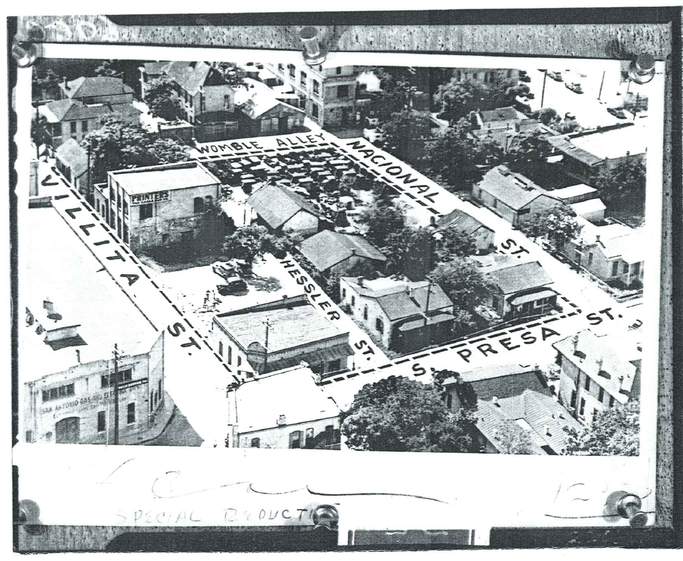 The Special Collections Depatment of University of Texas At San Antonio,Texas,U.S.A.( by Courtesy of my Photo-Album of Texas,U.S.A.). 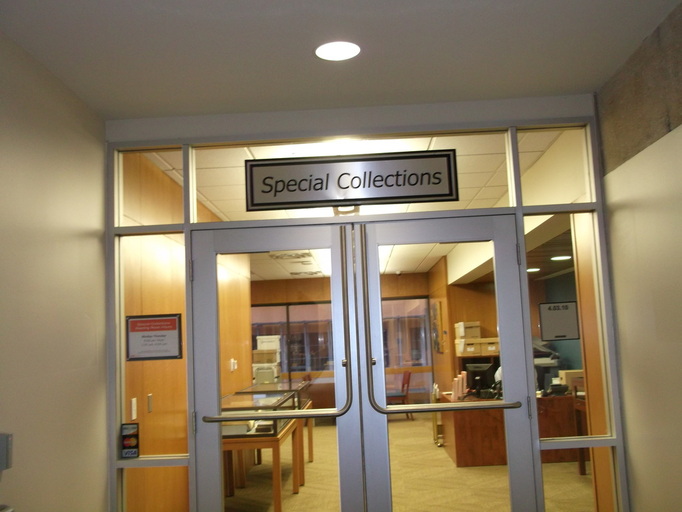 The Main Method of Land Transportaion of Mexico And Africa ( PP 575 of Collection of Voyages And Travels,by A.Churchill, 1745). 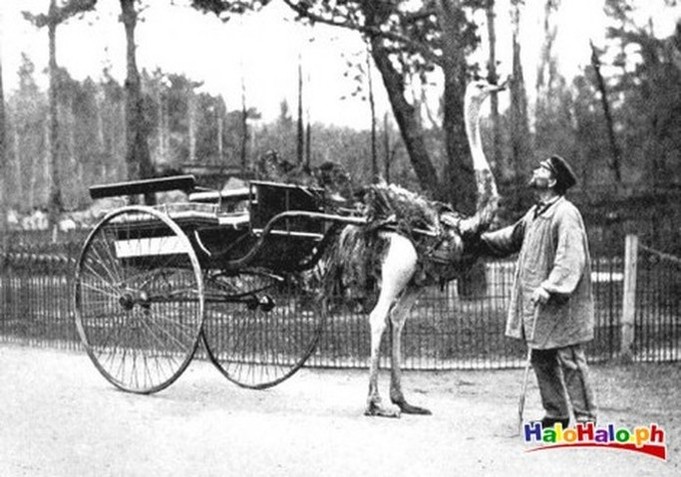 The availability of "Mudd Waggon" driven by both a horse and an ostrich, is confirmation of this fact that ostrich cart was one of the land transportation in previous centuries( by courtesy of my photo album of Texas, U.S.A.). 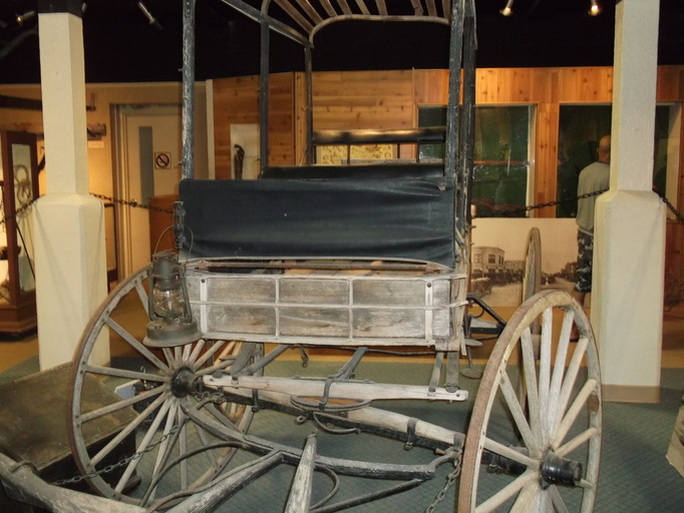