The  Page No. 97 of" Sandys's Travels(1673)" gives a valuable reference.This page relates a story which George Sandys got from Mecca itself.According to the story, A Saint from India proved that God is in all directions and every where.It is "erroneously" said that God or the prophet is born only in Mecca.He( Definitly, Satguru Nanak Sahib, the esteemed Saint( from India, in the dress of Hagee), made it "open to the whole world" that God or their prophet is not only confined to Mecca only.Thanks to George Sandy for digging out this Panthic information, after just 92 years later from 1519.In 1611, Sandy went to Zedda Mecca, Madina for his business and happened to find this statement of Almighty Satguru Nanak Sahib. 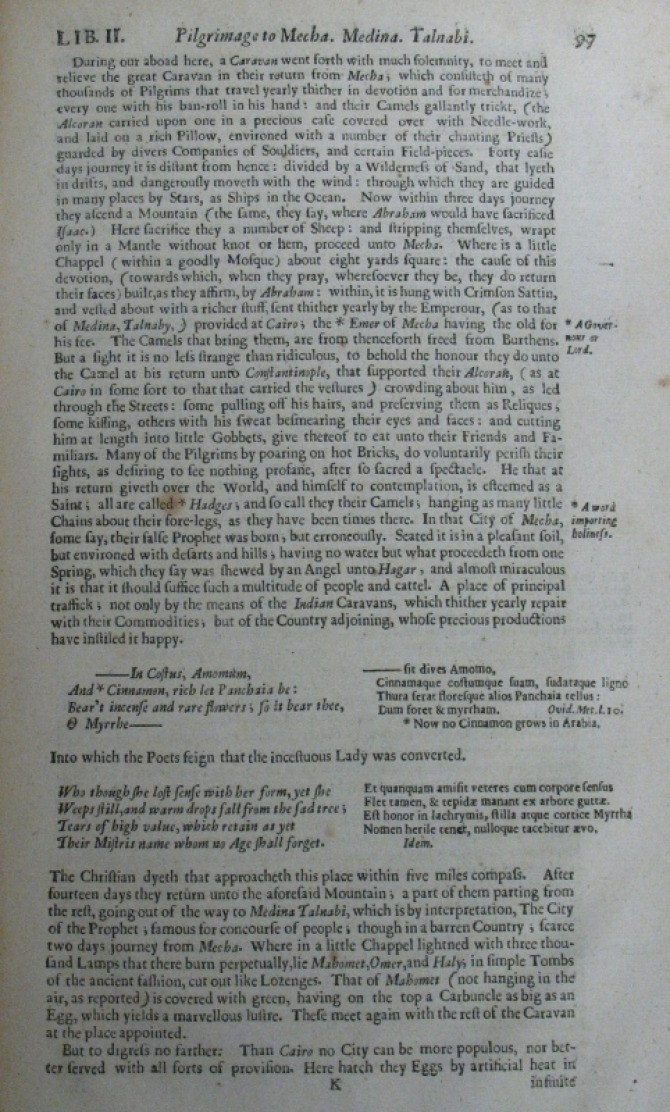 Page No. 97 of Sandy`s Travels gives a new light to Satguru`s visit to Macca and Madina.For his business puorpose, George Sandy went to Zedda, Mecca and Madina, and happened to get tis precious information about Almighty Satguru Nanak Sahib. This information was send to me by Mr. Ryan, Librarian of Reference Library, Ontario Museum, Toronto, on March 23, 2010( by courtesy of Sandy`s Travels Containing The Original and The Present State of Turkish Empire, published by Crown in Little Britain,London,1673).