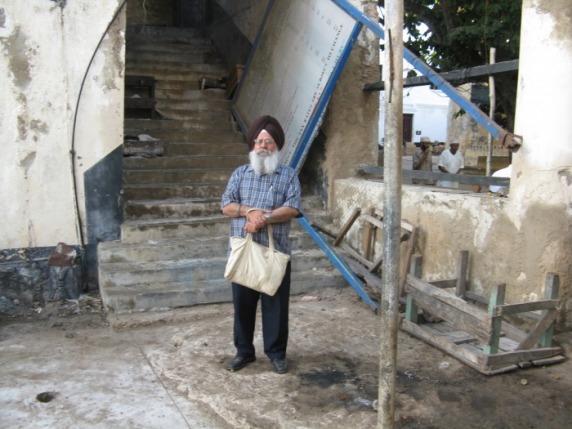 This is the building of Lohana traders in Lamu. Actually, there are three buildings between Rambee Street and Main Steet on the beach of Lamu.One houses the Kenya Posta, the second one, in the use of Deputy Commissionerand the third one ,in question,the building of Excise & Taxation.It is going to be built third time,Mr.Yahya Bohras,a Gujrati Trader, told me.This was housed Excise & Taxation Commissioner. 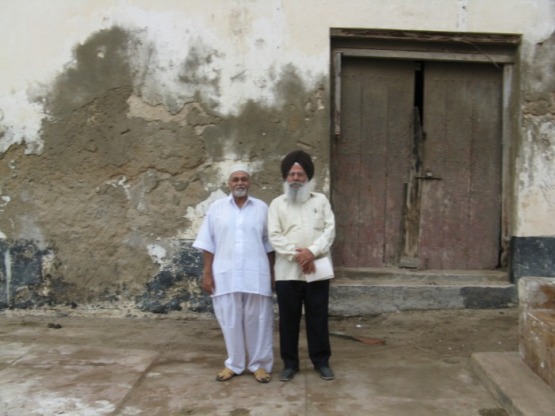 This building in question, is located on Rambee Street and is in front of Lamu Fort.. 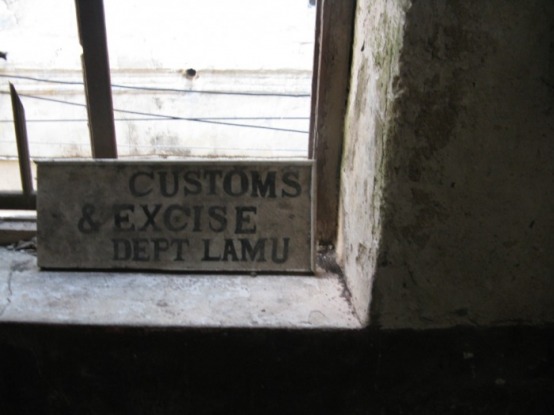 The Interior of Lohana Building. 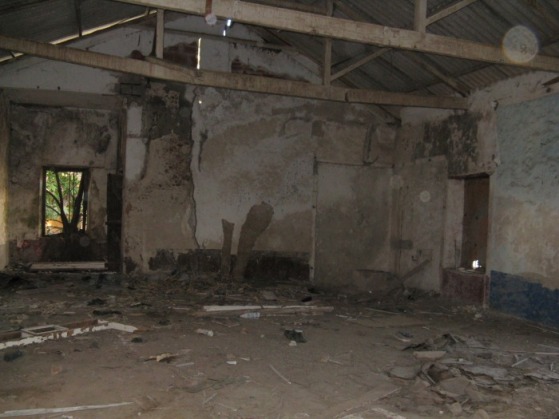 This is the interior of Lohana store,once used as a wherehouse by Makhan Shah Lubana.Makhan Shah and other traders used to keep their stuff there.

The Other Side of Lohana Building in Lamu. 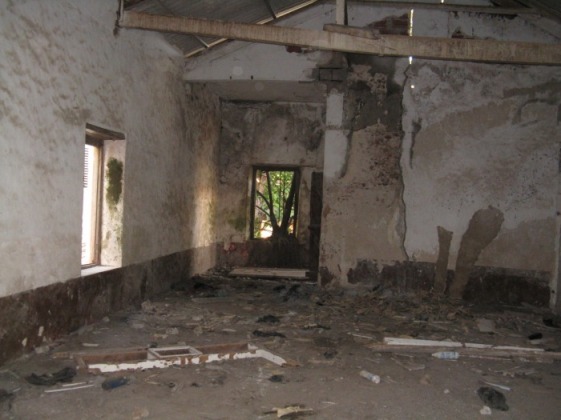 Beach-side of Lohana Wherehouse,from where the stuff used to be kept.

The Labourers Working in 1892. 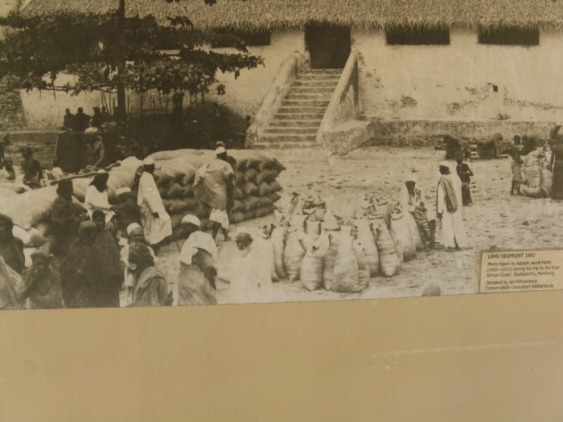 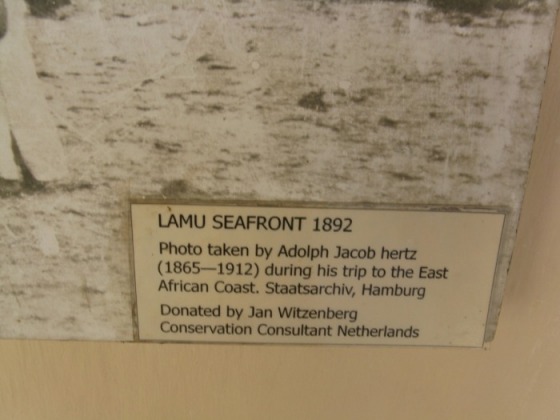 Indian Ocean as captured in the camera, by Adolph Jacob Hertaz in 1892.This Photo was taken by me with the courtesy of Lamu Museum.(from my Photo Album of East-Africa).

Lamu in 1936,By Courtesy of Yahya Bohras. 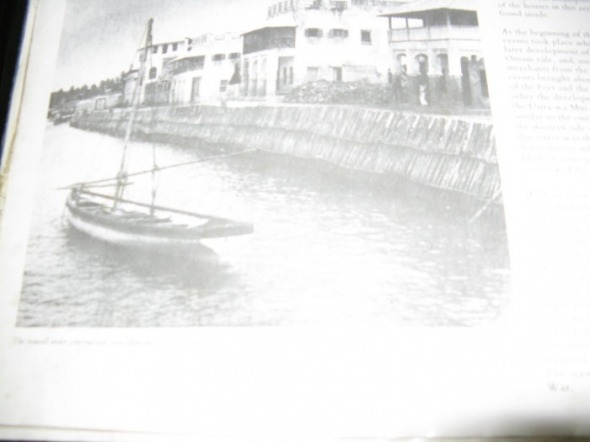 Lohana Building is seen in this photo. 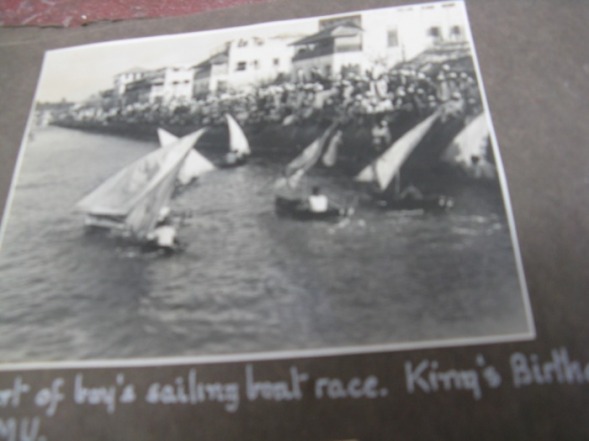 This photo was taken by grand father of Mr. Yahya Bohra(from my Photo-Albumof East-Africa).

The Door of A Hindu Temple in Place of New Mahrus Hotel Before 1930. 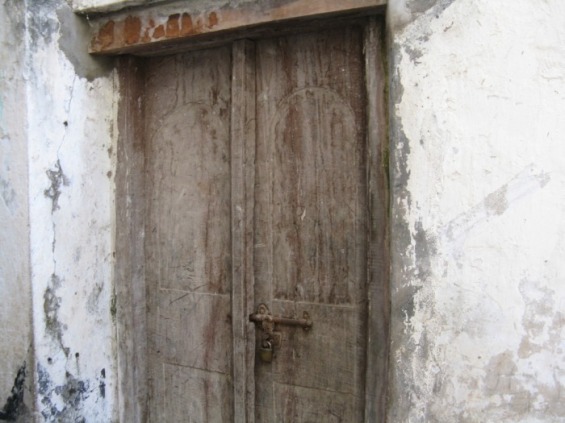 There was a Hindu Temple , where now New Mahrus Hotel is situated.In 1930,the Temple was sold to Mr. Mahrus.Later his son, Mr. Ali Mahrus developed into a hotel after renovating it.There were some rooms of Temple, where Satguru Hargobind Sahib and 50 sikhs stayed in 1632.At that time Mr. Dasa,the worthy father of Makhan Shah Lubana.

The Remainder Window of the Hindu Temple in Lamu(Kenya). 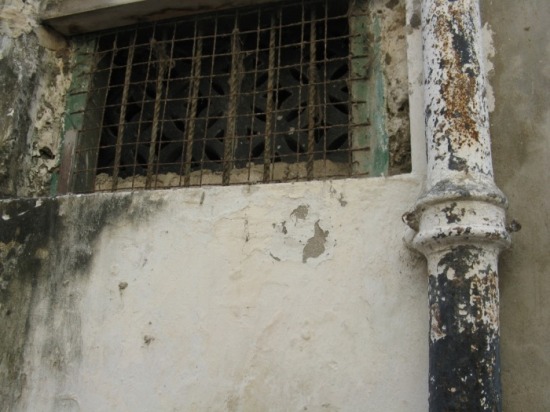 This is the remainder of a Temple.(ref. Mr. Mohammed Mwange of Lamu Museum and Mr. Yahya Bohras).

Old Building of the Hotel New Mahrus in Lamu. 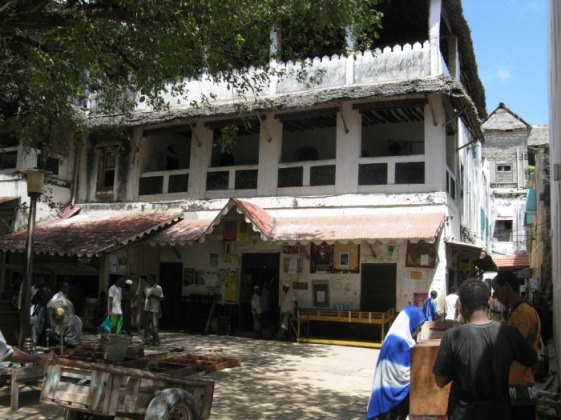 Hotel New Mahrus is located on Ramee Street and is on the right of Lamu Fort.(from my Photo-Album of East-Africa). 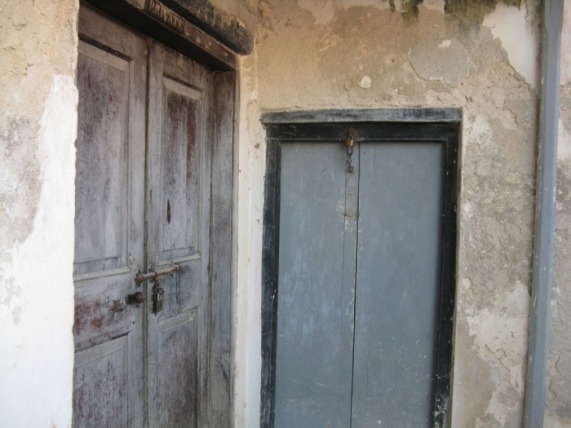 After the sale in 1930, the doors of the Hindu Temple were closed. 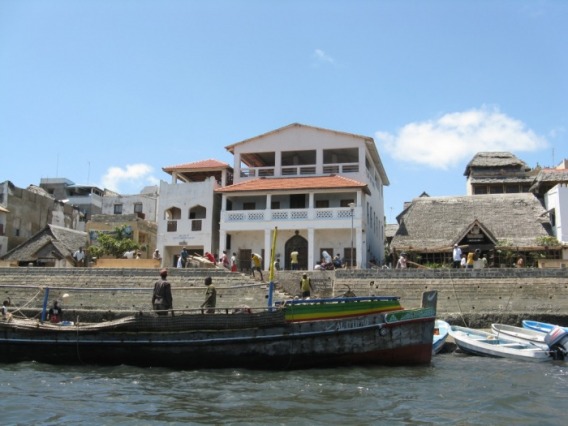 This photo was taken by the author,Bhai Harpal Singh Kasoor on Jan. 18, 2010(from my Photo-Album of East-Africa).

A Building of Indian trader sold after 1830. 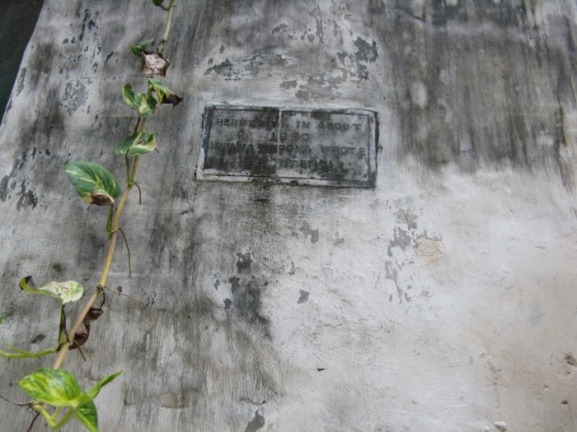 The heirs of Makhan Shah Lubana were shifted to Punjab,when the Punjab was ruled by Maharaja Ranjeet Singh.(from my Photo-Album of East-Africa).